Utopia And Conflicts: The Maximalist Nature Of Science Fiction 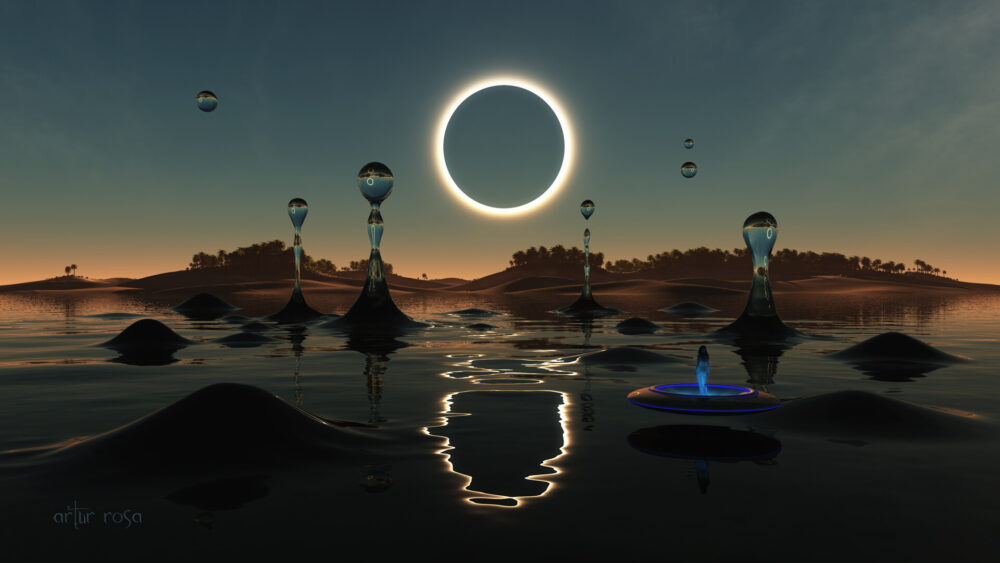 We have written previously on Solarpunk Italia website about the relationship between Utopia and conflict:

One wonders why this concept of “conflict” causes misunderstanding among science fiction readers. Of course, I’m not the first to ask. American writer Maureen McHugh, for example, asked herself the same question regarding the reactions aroused by the publication of her novel China Mountain Zhang (1992), written with the intention of transgressing the tópoi of Anglo-Saxon science fiction:

“I get mail once in awhile from people who complain that the novel didn’t really have a plot and some on-line reviews complain about the same thing. Of course, it’s told in multiple points of view and I had this other grand theory about the structure of the book.”

This willingness of the author to escape the stereotypes of the genre is enough to generate confusion and perplexity in science fiction readers. In fact, the novel’s protagonist, Zhang Zhongshan, a young homosexual in a 22nd century China that dominates the world economy after a conjunctural crisis in the USA, is unable to change the conditions of injustice in the future world in which he lives: indeed he does not neither proposes—and this in clear violation of one of the most tenacious assumptions of the stereotype of the male WASP protagonist of science fiction: the individual example is the primus motor of change, indeed the social-civil-scientific progress of humanity occurs only on individual impulse.

This is how the author summarizes the welcome given by certain readers:

“If Zhang isn’t going to be instrumental in bringing down the rather klutzy socialist government under which he lives, and isn’t going to make dramatic political changes that cause that government to start taking the rights of homosexuals a little more seriously, what is he going to do?”

Yes, because the first commandment of science fiction, and its main structural model, is maximalist: the world of the story must be changed by action—and this is the reason why the setting is the most important element in a science fiction text.

But why?, how did this idea come about, which does not seem to be shared by fans of other literary genres? Does it have to do with the concept of science fiction as a literature of ideas, or is it simply a pathological deformation?

Let’s see the famous definition of “science fiction” given by a famous genre author:

“Science fiction is the fiction of ideas. Ideas excite me, and as soon as I get excited, the adrenaline gets going and the next thing I know I’m borrowing energy from the ideas themselves. Science fiction is any idea that occurs in the head and doesn’t exist yet, but soon will, and will change everything for everybody, and nothing will ever be the same again. As soon as you have an idea that changes some small part of the world you are writing science fiction. It is always the art of the possible, never the impossible.”

It should be emphasized that this concept of the Idea that changes even a small part of the world is often interpreted, by those who write science fiction and especially by those who read it, in a maximalist key: “an idea that changes the world”, and this concept has taken root to the point of becoming a dogma, to the point that fans consider themselves deceived if it is violated. (for those interested in other famous definitions of “science fiction”, Jason W. Ellis has compiled a collection of opinions written by Ursula Le Guin, Pamela Sargent, Theodor Sturgeon and others).

“Michael Swanwick once talked about how, when he was writing The Iron Dragon’s Daughter, he found that one difference between fantasy and science fiction was that fantasy was often normative, and science fiction was often transcendent. (Forgive Michael, if I’ve mangled that.) Another way to say this is to say that the purpose of the quest, besides collecting enough plot coupons to get to the end of the book, is to right a tremendous wrong and bring order back into the world or kingdom. Sometimes, as it is in Tolkien, the order is a less glorious order–maybe you’ve got men in charge instead of elves with all the reduction in aesthetics that implies–you know, instead of palaces among the trees we’ve got Elvis paintings on black velvet. In science fiction the point is often to shatter the existing order, to transcend it. People evolve and become something better, cooler, SLAN. Or the AI is released into the system at large to evolve and change, thereby changing the world as we know it, as in NEUROMANCER. DUNE does that, in a Christ- figure sort of way, with Paul Muad’dib clearing the way for his son, the giant worm, who transcends human.”

Here is an aesthetic element that often displaces the non-specialized reader: the stake in the conflict in science fiction stories is often the entire destiny of the “world” in which it is set, which can be a galaxy or just a planet, a nation or one city. Not only does the narrative conflict arise, rightly, in a direct way from the novum, but it puts the very fate of the setting on the scales, tied hand in glove with the success (or failure) of the protagonists—and this maximalism can disconcert those who is used to reading of different tenor:

“This is the central story of sf, as read by all us adolescents and arrested adolescents, it’s the real and for me, serious indulgence of sf. If there’s an injustice, the hero will stop it. It doesn’t matter if the story is on the scale of a city or a planet or the galaxy, sf is the story of the outsider who is smarter, mutated, or endowed with special powers and therefore is the person, the only person who can make the difference.”

McHugh is not the only writer to have tried the path of an alternative to this maximalism. The first titles that come to mind, besides China Mountain Zhang, are two novels by Connie Willis, Remake and Bellwether, and at this point I wonder if it is not relevant that they are women.

These examples of plots are enough to imagine that a part of the reading public has felt cheated, or at least not found itself in the definition of science fiction applied to the three novels.

In my opinion, one of the advantages of solarpunk is precisely the prospect of dismantling the maximalist nature of science fiction; literary genre born from a rib of the latter, must violate the most trite stereotypes to reach the general non-specialized public. It would only be an advantage if the narrative conflict moved from the macro level of the setting to the—so to speak—”local” one, in which at the end of the story if something has changed, it is in terms of the relationship between the protagonist and the antagonist and not in the premises of the setting. As wrote Maureen McHugh, from which we started:

“I don’t really write the anti-sf novel, much as I would like to. But I’m afraid that if writers don’t constantly examine the genre, it will fossilize and die, so I’m always looking for the unconscious assumption I make and wondering if it shouldn’t be pinched or twisted or turned on its head.”

This  website uses cookies to improve your experience while you navigate through the website. Out of these, the cookies that are categorized as necessary are stored on your browser as they are essential for the working of basic functionalities of the website. We also use third-party cookies that help us analyze and understand how you use this website. These cookies will be stored in your browser only with your consent. You also have the option to opt-out of these cookies. But opting out of some of these cookies may affect your browsing experience.